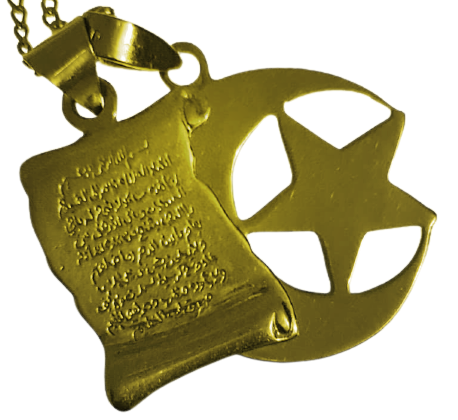 Biden And The Adulterated Hirak of Montreal

While chairman of the Senate Foreign Relations Committee, Joe Biden (Democrat) actively collaborated with the Bush Jr. administration (Republican) and played a major role in launching the war against Iraq. At the same time, he was also very close to the National Endowment for Democracy (NED), as indicated by his participation in the annual ‘Democracy Awards’ ceremony of this ‘Made in USA’ democracy promotion organisation. On the NED website, the following statement can be read :

“At a ceremony on Capitol Hill on July 9, 2002, First Lady Laura Bush presented the NED’s annual Democracy Awards to four outstanding women activists from the Muslim world. Joined by NED Chairman Vin Weber, Under Secretary of State for International Affairs Paula Dobriansky, and Senators Joseph Biden and Bill Frist, Mrs. Bush paid tribute to the courageous work of these women in promoting democracy, human rights and the growth of civil society in their respective countries.”

It should perhaps be recalled that the NED is part of a large US facility specifically designed to ‘export’ democracy in the service of the State Department and US foreign policy. In addition to the NED, which was created to replace the CIA in some of its “missions”, the best known actors in this field are the United States Agency for International Development (USAID), the International Republican Institute (IRI), the National Democratic Institute for International Affairs (NDI), Freedom House (FH) and the Open Society Foundation (OSF). These organisations are all funded by the US budget or by US private capital and their leading role in fomenting the ‘coloured’ revolutions and the Arab ‘spring’ has been clearly established.

After this necessary parenthesis, let’s return to the NED press release. But who were these four laureates whose countries were specified as ‘Muslim’? Their names were listed in the text:

And here is the official NED photo of the event:

Carl Gershman was President of the NED for 37 years(!). He recently retired.

Paula Dobriansky was Under Secretary of State for Democracy and International Affairs (2001-2009) under George W. Bush, a member of the Board of Freedom House and a founding member of the Project for the New American Century (PNAC), a neoconservative think tank that had considerable influence on the Bush Jr.

Joe Biden and Bill Frist do not appear in this photo, but they were present at the ceremony, as confirmed by the Los Angeles Times article in which the current US President said:

“I think [National Endowment for Democracy] has done more to promote democracy around the world than any other organisation. You know we [in Congress] debate and vote and take controversial positions. If we lose, we are defeated and we get a pension. If you lose, you get shot. If you lose, you are imprisoned. This is the real test, the real authentic test of a commitment to democracy.

A fine future promised by a hawk for ladies, some in their prime, who are being pushed to concoct “regime change” in their own countries!

A little more digging in the NED archives yields the biographies of the recipients. Here is what it says in the paragraph about Nadjet Bouda:

“Nadjet Bouda, at 23 years old, is already a well-known human rights activist. She is currently working with ‘SOS Disparus’, an organisation that defends the interests of hundreds of Algerians who have ‘disappeared’ due to the ongoing civil war in Algeria. At the age of 16, Ms Bouda joined Rassemblement Actions Jeunesse (RAJ), an NGO that develops and implements civic education and human rights awareness programmes with and for Algerian youth; by the age of 20, she was the organisation’s president and spokesperson. Her activism reflects the importance of youth in the effort to spread democratic values in the Muslim world.

It is thus learned that the Algerian laureate, Nadjet Bouda, was an activist within the RAJ and “SOS Disparus”, two Algerian NGOs heavily funded by the NED (for more details see the following articles: article 1; article 2; article 3).

Both organisations were involved in 2011 in the ‘National Coordination for Change and Democracy’ (CNCD), a coalition created in the wake of the Arab ‘spring’ but which quickly collapsed. They are also among the groups that surfed on the Algerian Hirak to lead it to a dangerous impasse that is harmful to Algeria’s sovereignty and integrity. RAJ was banned because of its illegal activities, but ‘SOS Disparus’ continues (along with other entities of the adulterated Hirak) its undermining of the Algerian nation state. To the constitutional path wisely chosen in Algeria, these activists oppose a degagism that would have led the country to inevitable chaos.

The NDI is one of the four satellites of the NED. It is chaired by none other than Madeleine Albright, the former Secretary of State in Bill Clinton’s administration. Albright became famous for her statement about Iraqi children: sacrificing 500,000 was a price that was “worth paying“, she said in an interview.

Amnesty International, for its part, is an organisation that is funded by G. Soros’ Open Society Foundation and it will be recalled that it was part of that group of human right entities that were behind the European Parliament’s resolution against Algeria, just a few days before the referendum on the new constitution.

Like many human rights organisations, Equitas is funded by a myriad of national and international bodies, including, of course, the NED. Well, well…NED once, NED forever!

This Algerian activist was very involved in the adulterated Hirak in Montreal. Numerous videos posted on social networks show that she participated in the demonstrations that took place in Montreal and, regularly (for several years!), in front of the Algerian Consulate General in Montreal.

The video below, for example, is filmed in front of the consulate on 12 December 2019.

Nadjet Bouda haranguing the crowd in front of the Algerian Consulate General in Montreal (12 December 2019).             Click on the image to watch the video

Her address to the crowd on 12 December 2019, the very day of the Algerian presidential election, shows that she was among those who intimidated Algerian citizens who decided to go to the consulate polling station to exercise their right to vote. She can be heard haranguing the crowd while devaluing the presidential election and chanting “Yetnahaw gaâ” (they must all go).

As I wrote in an article at the time: “Is preventing people from voting a democratic act? ” This question is all the more crucial given that Ms Bouda lives in a country where elections are a solemn moment in political life.

Nadjet Bouda continued to surf the Hirak using cyberspace. She co-hosted a webcast from Montreal to which the “famous” Lahouari Addi was invited.

The credits already gave a taste of the discussion. Indeed, in a strange scrolling lexicon inserted at the beginning of the video, one could read: ‘Abdelmadjid Tebboune: President of the People’s Democratic Republic of Algeria since 19 December 2019, a figure imposed by the generals in a fraudulent manner’. The direction of the discussion was clearly set.

But it is not the quality of the interview, mediocre and insipid, that attracts attention (one only has to look at the number of views and comments), but rather it is the common denominator between Addi and Bouda.

I explained in my book “Who are the self-proclaimed tenors of the Algerian Hirak? that Lahouari Addi was a member of the International Forum for Democratic Studies Research Council, the NED think tank, from 1997 to 2008, i.e. for twelve consecutive years. Even before becoming an official member, Addi had participated in meetings organised by this forum, whose mission is clearly stated:

“The National Endowment for Democracy’s (NED) International Forum for Democratic Studies is an important centre for analysis and discussion of the theory and practice of democracy around the world. The Forum complements NED’s core mission – to assist civil society groups abroad in their efforts to promote and strengthen democracy – by connecting the academic community with activists around the world. Through its multifaceted activities, the Forum responds to the challenges facing countries around the world by analysing opportunities for democratic transition, reform and consolidation.

Comparing the dates, one realises that when Nadjet Bouda was receiving her award in Washington from Mrs Bush, Lahouari Addi was a member of the NED think tank. Did they happen to meet on Capitol Hill on that occasion, to ‘assist civil society groups abroad in their efforts to promote and strengthen democracy’ and to discuss the fate of Algeria?

It is strange to see, in this adulterated and distorted Hirak, so many people with connections to the NED & Co. metamorphosing into leaders of democracy, freedom and human rights!

Nadjet Bouda, the self-proclaimed “tenor” of Montreal, can certainly boast of having met President Joe Biden in the flesh and of having come so close to Laura Bush, THE first lady of the United States. Just like Fodil Boumala and Barak Obama. And all the other activists of the Arab “spring” who thought they had this “privilege”.

Do you see any similarities?

Did the activists ask themselves, even for a moment, why they were given this ‘privilege’?

The BRICS to add countries and aim for a single currency

This website uses cookies to improve your experience while you navigate through the website. Out of these, the cookies that are categorized as necessary are stored on your browser as they are essential for the working of basic functionalities of the website. We also use third-party cookies that help us analyze and understand how you use this website. These cookies will be stored in your browser only with your consent. You also have the option to opt-out of these cookies. But opting out of some of these cookies may affect your browsing experience.
Necessary Always Enabled
Necessary cookies are absolutely essential for the website to function properly. This category only includes cookies that ensures basic functionalities and security features of the website. These cookies do not store any personal information.
Non-necessary
Any cookies that may not be particularly necessary for the website to function and is used specifically to collect user personal data via analytics, ads, other embedded contents are termed as non-necessary cookies. It is mandatory to procure user consent prior to running these cookies on your website.
SAVE & ACCEPT